Quakerism
and
the Religious Society of Friends

The friendly, honest face of Quakerism note the “plain dress” 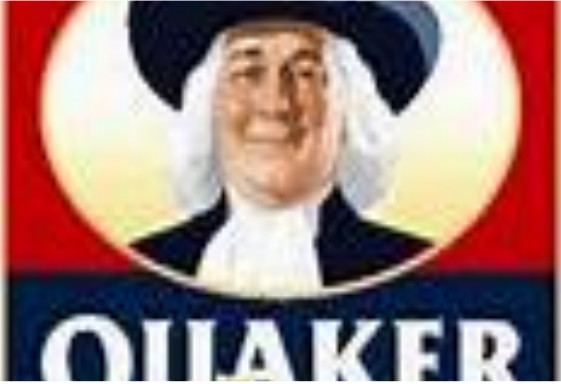 What’s lacking in most kinds of Christian church worship?

Quaker Meeting for Worship is founded in silence in order to “wait on the Lord”.

There may, or may not, be vocal ministry

if this seems difficult

note that in Friends School, 300 children would worship in silence every Fourth Day (Thursday).

Everything - All the usual church stuff: which may distract from true spiritual experience or enhance it

A decorated, dedicated “church” building belonging to a denomination separated by its dogma, doctrine, and polity from other Christian denominations.

Silence - Waiting on the Lord

“Mysticism is the practice of the presence of God.” Brother Lawrence

Quaker an insulting term referring to charismatic worshippers quaking from the presence of the Holy Spirit, but no record of pentacostal-type speaking in tongue

1450 - Gutenberg’s first printing press makes The Bible accessible to everyone.      Too bad!

The shocking contrast between the kingdom of heaven in the gospels and early church compared to the observable “Christian” world leads to Protestant, anabaptist, and puritan revolutions and religious seekers. Some seekers "wait on the Lord " in silence.

In the Church–centered world of the 17th Cent. the Quakers and other extreme Spirit-centered groups looked the way ideological political extremists look now.

In a violent world non-violent peace-makers threaten the established rule of law, order, and salvation.

The beginning of Quakerism, a religion for seekers

Statement of 1656, from The Journal of George Fox

I saw there was none among them all that could speak to my condition. And when all my hopes in them and in all men were gone, so that I had nothing outwardly to help me, nor could tell what to do, then, oh, then, I heard a voice which said, "There is one, even Christ Jesus, that can speak to thy condition"; and when I heard it my heart did leap for joy. Then the Lord let me see why there was power. Thus when God doth work, who shall let [hinder] it? and this I knew experimentally [through experience].

Nothing could be better than living in the light. Why waste your precious life on idle (or evil) worldly nonsense.

Quakers and The Bible

"That was the true light that lights every man
That comes into the world" John 1:9

"You shall know the Truth and the Truth will make you free" John 8:32

"He gave himself for us that ….he might purify unto himself a peculiar people zealous of good works" Titus 2:14

Value and Use of the Bible

The Meeting for Worship

The Meeting for Business

The Individual and the State

SELECTIONS FROM THE WRITINGS OF FRIENDS

Stewardship of Our Means

Changes in Status of Meetings

Cooperation with Other Religious Groups