Carol Gregg joined the ministry of the Congregation in the summer of 2013. As Pastor, she provides leadership for the congregation as a whole, offers pastoral care to members, leads Bible studies and book groups, and assists Chapel staff in worship leadership and planning. She is a Presbyterian minister whose professional experience includes both traditional congregational settings and higher education. Some of her positions include being pastor of First Presbyterian Church, Easton, PA, Director of the Lilly Endowment funded initiative on vocation at Alma College in Alma, MI, and Chaplain at Alma College. Her degrees are from Bucknell University and Princeton Theological Seminary. Her husband, Brian Stratton, is a professor of philosophy, and their son, William, is a software engineer. In her free time, she enjoys a long walk in the woods. 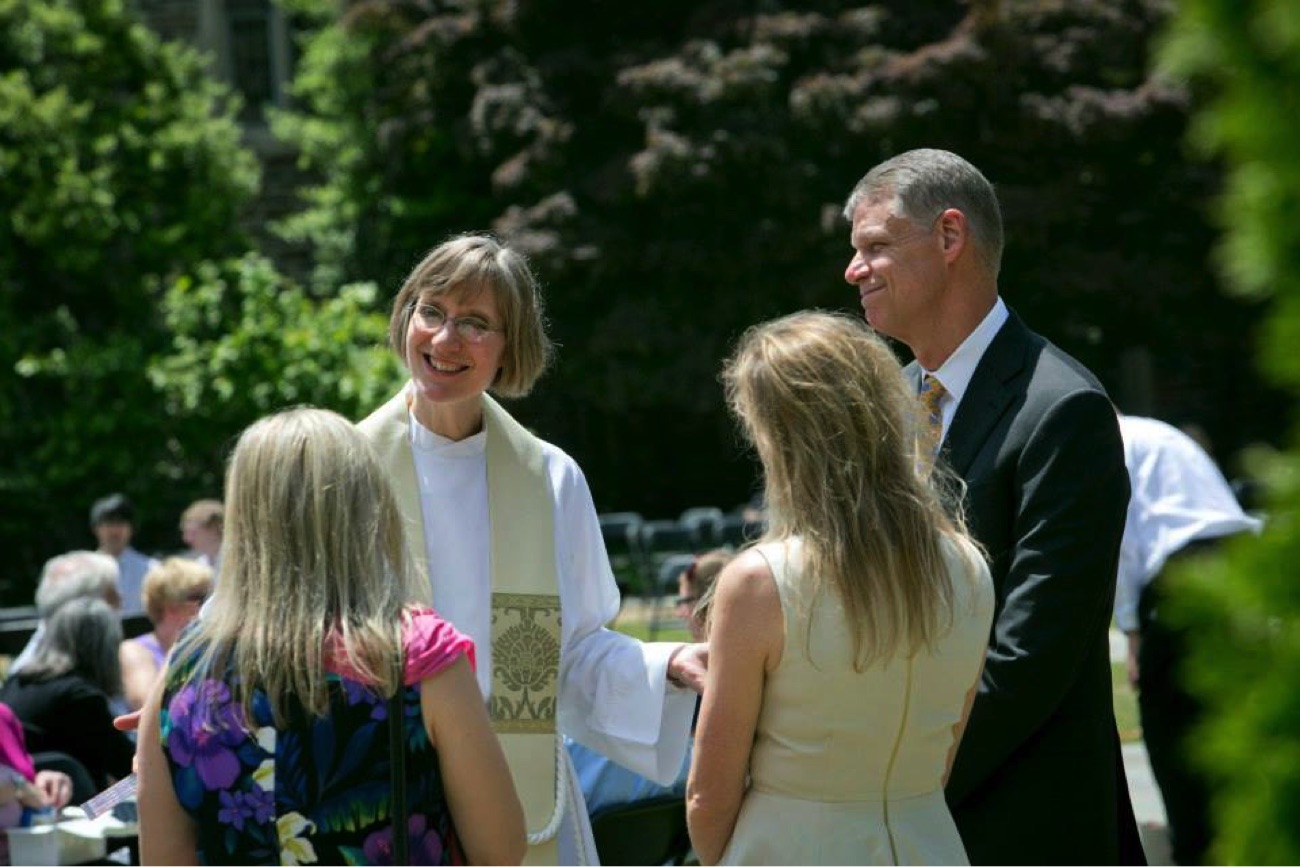 Phyllis Snyder serves as the Children’s Pastor for the Congregation. She holds a Bachelor of Arts degree in Zoology from UNC-Chapel Hill and a Master of Church Ministries from Duke University Divinity School. Prior to pursuing ministry, Phyllis worked in medical research for 20 years —16 of which were at Duke Medical Center. After assisting with Children’s Ministry for the Congregation as a parent volunteer beginning in 1994, Phyllis joined the staff as Director of Children’s Ministry from August 2001-June 2007. From 2007-2010, she served as volunteer Godly Play coordinator. She was honored to join the staff again in August 2012 as Children’s Pastor. Phyllis is passionate about Godly Play, a spiritual formation method created by The Rev. Dr. Jerome Berryman, as an approach to help children learn the Christian language and explore their faith through story, wonder, and play. She is a trainer for the Godly Play Foundation.

Phyllis and her husband, Mel, were married in Duke University Chapel in 1985. They are the proud parents of two grown sons who live in Arlington, VA and Charleston, SC. In addition to working with children and families, Phyllis enjoys reading, traveling, and needlework. 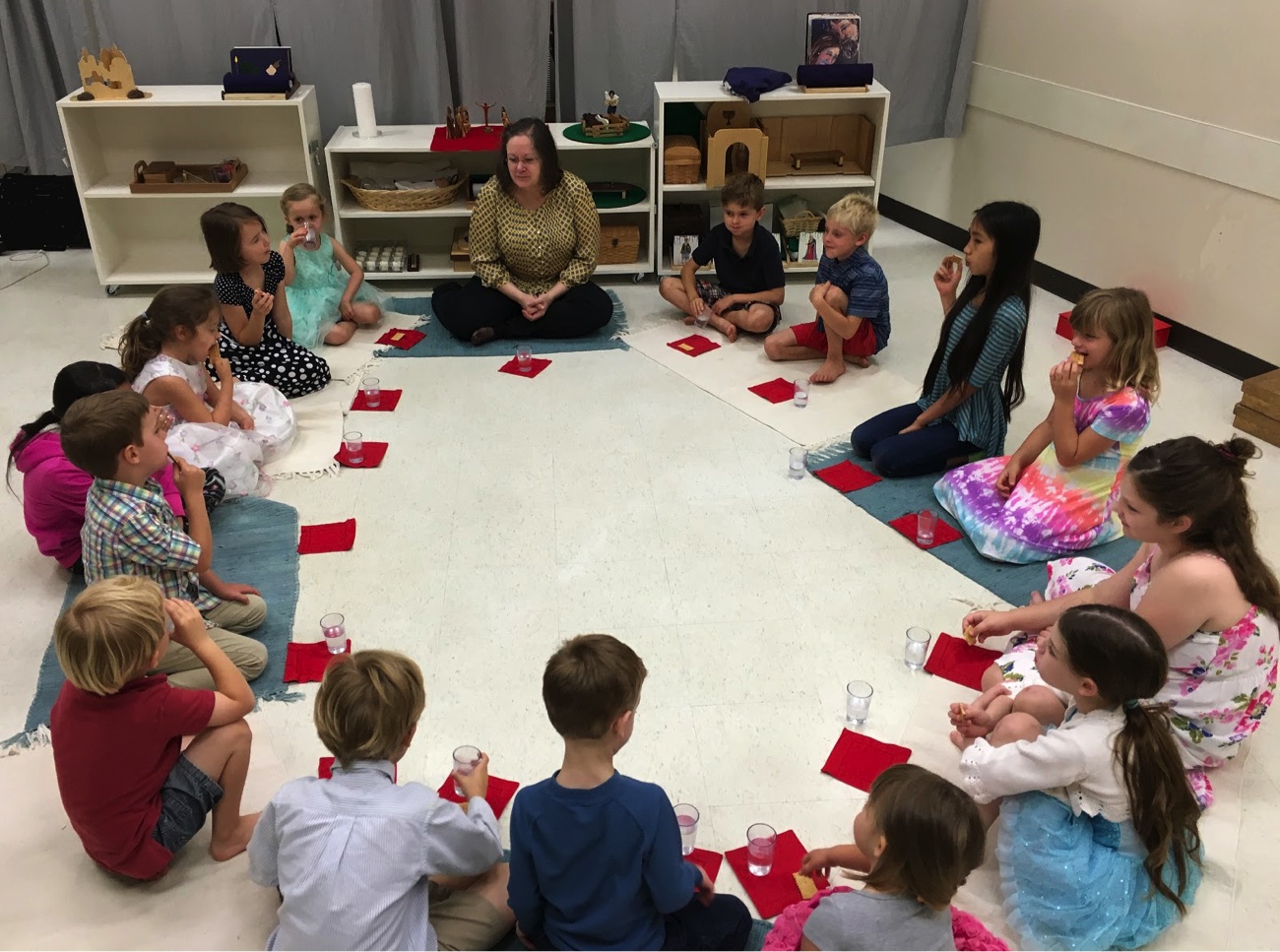 Kenneth Moland holds a Bachelor of Arts degree in Psychology from Concordia College in Moorhead, Minnesota and a Master of Divinity degree from the Free Lutheran Theological Seminary in Minneapolis, MN. He is an ordained Pastor in the Lutheran Church and has served congregations in Minnesota, North Dakota and the state of Washington. He has also served in teaching and administration at the Free Lutheran Bible College in Minneapolis, MN.

Ken is married to Barbara, an early childhood educator and piano teacher, who now sings in the Duke Chapel Choir. They are the parents of six adult children, Lydia, Luke, Naomi, Hannah, Joseph and Rachel. They moved to North Carolina in 2018 and connected with Duke Chapel and the Congregation in worship that fall.

Mark Shaw is a Certified Spiritual Director who trained at the Upper Room Spirituality Center in New Jersey. He moved to Chapel Hill ten years ago after retiring from the pharmaceutical industry. In addition to Juris Doctorate and M.B.A. degrees, he holds an M. A. in Christian Spirituality as well as a Graduate Certification in the Ignatian Tradition, both from Creighton University. In his Spiritual Direction ministry, he works with Ministers, Pastors, Deacons, and others in leadership roles from various Christian traditions.

Mark and his wife Janet have been married 44 years. They have two grown sons. Stephen, a Management Consultant, lives in Charlotte; and Patrick, an Antitrust Attorney, lives in Washington, D.C.

For fun Mark and Janet enjoy tennis. Also, Mark plays guitar in a startup band and is learning the mandolin.

Laura Catherine was born and raised in Fort Worth, TX, before attending the University of St Andrews in Scotland for her undergraduate degree. After graduating, she moved to New York City and worked in Ad Sales for three years. She’s starting her first year of a Master of Divinity with Duke and is so excited for this new chapter. She has a Dalmatian, Louis, who is the best!

Emilee is a first year Master of Divinity student at Duke Divinity and a certified candidate for ministry in the United Methodist Church.

Before moving to Durham, Emilee lived on 30A in the Florida panhandle where she served as the director of children’s ministry in a local church. Originally from Texas, Emilee loves Tex-Mex and good conversations, watching baseball (Go Braves!), musical theatre, and Disney World.

Evan Bille grew up in Upstate New York and came to North Carolina by way of Davidson College. Evan’s fiancée, Emily, is a first-year student at Duke Divinity, and Evan is currently a third year at Union Presbyterian Seminary - Charlotte. Before coming to Durham, Evan worked for Roof Above in Charlotte, a homelessness and housing non-profit.

Evan is passionate about housing, disc golf, and the outdoors.