Mark: The Mystery of the Kingdom of God

For the ears, you can listen to an audio recording [high fidelity audio playable under all personal computer operating systems via VLC media player, Microsoft Windows Media Player with the Xiph.org codecs for FLAC et al, OS X QuickTime with the XiphQT plugin, etc., on many Android-based mobile devices, and on iOS-based mobile devices via apps such as FLAC Player or Golden Ear]

Mark: The Mystery of the Kingdom of God 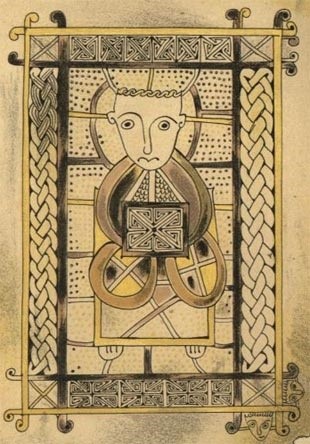 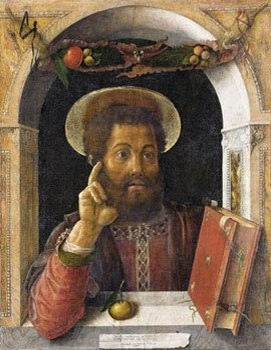 51And a certain youth was following along with him, clothed with a linen cloth over his nakedness; and they seized him. 52But he, abandoning the linen cloth, ran away naked. 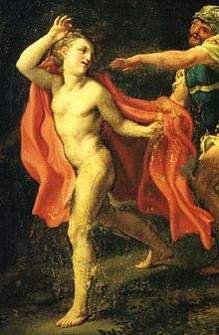 But one of the soldiers pierced his side with a spear, and at once there came out blood and water. He who saw it has borne witness - his testimony is true, and he knows that he tells the truth - that you also may believe.

32And they brought to him a man who was deaf and could scarcely speak, and they began to plead with him to put his hand on him. 33So taking him away from the crowd privately, he thrust his fingers in his ears, spat, and touched his tongue, 34and looking up to heaven he sighed and said to him, "Ephphatha," that is, "Be opened!" 35And his ears were opened, and his tongue was unshackled, and he spoke normally.

And people brought a blind man to him and pleaded with him to touch him. 23And taking the blind man by the hand he led him out of the village and spat on his eyes and laid his hands on him and asked him, "Do you see anything?" 24And he, looking up and beginning to see again, said, "I see people...because...I see people like walking trees." 25Then Jesus laid his hands on his eyes again, and his sight broke through, and he was restored, and he saw all things clearly from that moment on.

10And when he was alone, those around him with the Twelve asked him about the parables. 11And he said to them: "To you has been given the mystery of the dominion of God; but to those outside everything happens in parables 12in order that 'in their looking they may look but not see, and in their hearing they may hear but not understand; lest they turn and it be forgiven them.'"

Mark 4:11-12: ...but to those outside everything happens in parables in order that looking they may look and not see, and hearing they may hear and not understand, lest they turn and it be forgiven them.

And on the way he was asking his disciples and saying to them, "Who do people say that I am?" And they said to him, "Some say John the Baptist, and others Elijah, and others that you are one of the prophets." And he asked them, "But you, who do you say that I am?" And Peter answered and said to him, "You are the Christ." And he vehemently ordered them to speak to nobody about him.

41And taking the child's hand he said to her, "Talitha koum," which is translated, "Girl, I say to you: Rise!" 42And immediately the girl arose and began walking around - for she was twelve years old. And immediately they were greatly amazed. 43And he commanded them urgently that no one should know this ....

6But he said to them, "Do not be astounded. You seek Jesus the Nazarene, the one who has been crucified. He has been raised, he is not here. See the place where they laid him! 7But go, say to his disciples (and to Peter), 'He is going before you into Galilee. There you will see him, just as he said to you.'" 8But they went out and fled from the tomb, for trembling and astonishment had taken hold of them. And they did not say anything to anyone, for they were afraid. 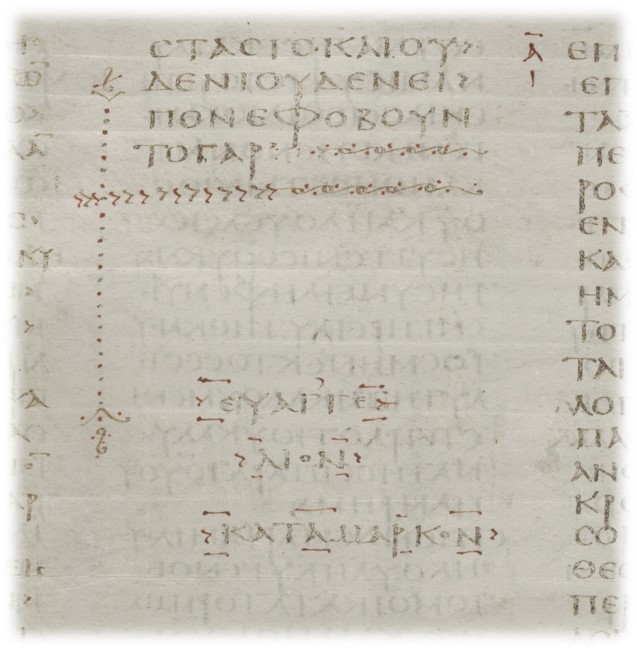 In this way [with the flight of the women from the tomb] the ending of the Gospel according to Mark is defined in nearly all the copies. What follows is found seldom [and] in some but not all [of the copies], and may be spurious.

The elder also used to say this: Mark had been the interpreter [or translator: hermeneutēs] for Peter. And he wrote down as much as [Peter] told of the sayings & deeds of Christ - accurately, though not in order.

For he [Mark] was not a hearer or follower of the Lord but, as I said, of Peter, who adapted his teaching as needed and did not arrange the sayings of the Lord in an orderly manner. And so, Mark made no mistake in writing some things down as he recalled them. For he had a single concern: to omit nothing of what he heard & to introduce no false statement.

It was later [after the time of the apostles], in the time of Hadrian the king [r. 117-38 C.E.], that those who invented the heresies [= the Gnostics] arose; and they extended to the age of Antoninus the elder [r. 138-62 C.E.]--for instance, Basilides [a Gnostic interpreter of earlier second century], though he claims (as they boast) Glaucias, the interpreter [hermēnea] of Peter, as his master.

And Jesus answered him, "Blessed are you, Simon Bar-Jona! For flesh and blood has not revealed this to you, but my Father who is in heaven. And I tell you, you are Peter, and on this rock I will build my church, and the powers of death shall not prevail against it. I will give you the keys of the kingdom of heaven, and whatever you bind on earth shall be bound in heaven, and whatever you loose on earth shall be loosed in heaven."

Then he began to teach them that the Son of Man must undergo great suffering, and be rejected by the elders, the chief priests, and the scribes, and be killed, and after three days rise again. He said all this quite openly. And Peter took him aside and began to rebuke him. But turning and looking at his disciples, he rebuked Peter and said, "Get behind me, Satan! For you are setting your mind not on divine things but on human things."

For the word of the cross is foolishness to those who are perishing, but to us who are being saved it is the power of God ... Has not God made foolish the wisdom of the world? For since, in the wisdom of God, the world did not know God through wisdom, it pleased God through the foolishness of what we preach to save those who believe ... For the foolishness of God is wiser than human beings, and the weakness of God is stronger than human beings.

34And at the nine hour Jesus cried out with a loud voice: "Elōi, Elōi, lama sabachthani," which is translated, "My God, my God, for what purpose have you abandoned me?" 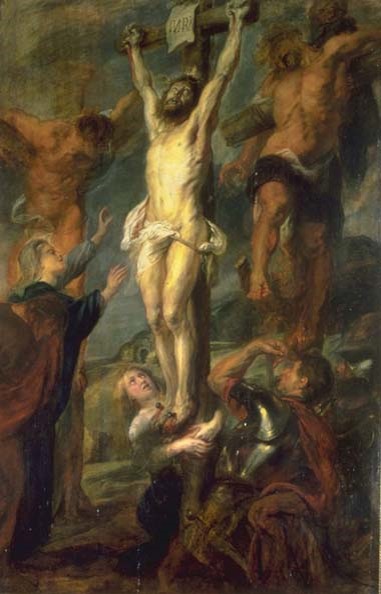 38And the veil of the sanctuary was ripped in two from top to bottom. 39And the centurion who was standing opposite him, seeing that he breathed out the spirit in this manner, said, "Truly this man was God's son!"

For the sake of Christ, then, I am content with weaknesses, insults, hardships, persecutions, and calamities; for when I am weak, then I am strong.

The novelist with Christian concerns will find in modern life distortions which are repugnant to him, and his problem will be to make these appear as distortions to an audience which is used to seeing them as natural; and he may well be forced to take ever more violent means to get his vision across to this hostile audience .... To the hard of hearing you shout, and for the almost-blind you draw large and startling figures. 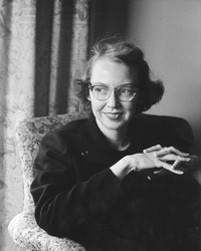