Old Insights about the New Testament

For the ears, you can listen to an audio recording [high fidelity audio playable under all personal computer operating systems via VLC media player, Microsoft Windows Media Player with the Xiph.org codecs for FLAC et al, OS X QuickTime with the XiphQT plugin, etc., on many Android-based mobile devices, and on iOS-based mobile devices via apps such as FLAC Player or Golden Ear] of this presentation.

Old Insights about the New Testament

Some of these insights may have become more available to us only about a decade ago via:
Kenneth Bailey, Jesus Through Middle Eastern Eyes, IVP Academic, 2008.

But Bailey is a unique messenger to us. Growing up as a child in Egypt, teaching New Testament for forty years in seminaries and institutes in

have provided an opportunity for him to share with us insights which have been obvious for a long time to many who remain immersed in the culture of the Middle East.

Much of what twenty-first century western-hemisphere Christians find most readily available when seeking historical context arrives via the Greek and Latin translations of earlier sources.

Syriac was the third language of the Christian church, as by the third and fourth century it was used within the Roman church in Syria, Palestine, and Mesopotamia. As of a decade ago, there were still ten million Arabic-speaking Christians in the Middle East. With their scriptures having undergone fewer stages of translation between languages, their common geography and culture with events and peoples described in the scriptures, many things are obvious to them that may be unknown or surprising to us.

The Lord appeared to Abraham by the oaks of Mamre, as he sat at the entrance of his tent in the heat of the day. 2 He looked up and saw three men standing near him. When he saw them, he ran from the tent entrance to meet them, and bowed down to the ground. 3 He said, "My lord, if I find favor with you, do not pass by your servant. 4 Let a little water be brought, and wash your feet, and rest yourselves under the tree. 5 Let me bring a little bread, that you may refresh yourselves, and after that you may pass on - since you have come to your servant." So they said, "Do as you have said." 6 And Abraham hastened into the tent to Sarah, and said, "Make ready quickly three measures of choice flour, knead it, and make cakes." 7 Abraham ran to the herd, and took a calf, tender and good, and gave it to the servant, who hastened to prepare it. 8 Then he took curds and milk and the calf that he had prepared, and set it before them; and he stood by them under the tree while they ate.
Genesis 18

In those days a decree went out from Emperor Augustus that all the world should be registered. 2 This was the first registration and was taken while Quirinius was governor of Syria. 3 All went to their own towns to be registered. 4 Joseph also went from the town of Nazareth in Galilee to Judea, to the city of David called Bethlehem, because he was descended from the house and family of David.
Luke 2


Animals in the House

24 Now the woman had a fatted calf in the house. She quickly slaughtered it, and she took flour, kneaded it, and baked unleavened cakes. 25 She put them before Saul and his servants, and they ate. Then they rose and went away that night.
1 Samuel 28

Returning home early in the morning, expecting one of the animals to come bounding out of the house:

30 And Jephthah made a vow to the Lord, and said, "If you will give the Ammonites into my hand, 31 then whoever comes out of the doors of my house to meet me, when I return victorious from the Ammonites, shall be the Lord's, to be offered up by me as a burnt offering." 32 So Jephthah crossed over to the Ammonites to fight against them; and the Lord gave them into his hand. ... 34 Then Jephthah came to his home at Mizpah; and there was his daughter coming out to meet him with timbrels and with dancing. She was his only child; he had no son or daughter except her. 35 When he saw her, he tore his clothes, and said, "Alas, my daughter! You have brought me very low; you have become the cause of great trouble to me. For I have opened my mouth to the Lord, and I cannot take back my vow."
Judges 11 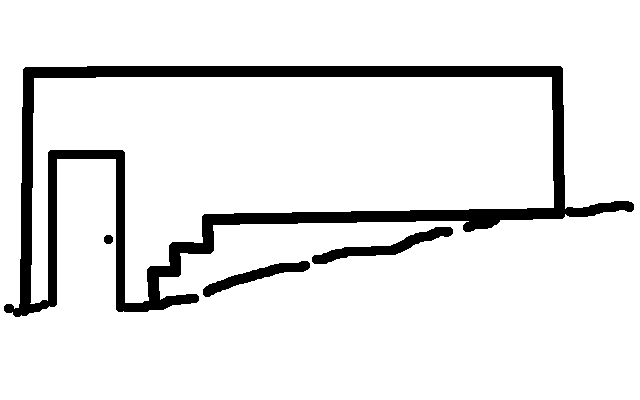 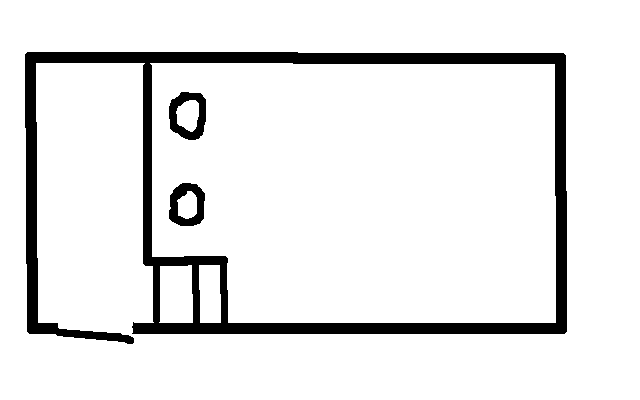 Commercial Lodging Was Available Near Jericho

34 He went to him and bandaged his wounds, having poured oil and wine on them. Then he put him on his own animal, brought him to an inn, and took care of him. 35 The next day he took out two denarii,* gave them to the innkeeper, and said, 'Take care of him; and when I come back, I will repay you whatever more you spend.'
* The denarius was the usual day's wage for a laborer.
Luke 10

inn translated from the Greek pandocheion
pas = all
dechomai from a verb to "receive, accept, or welcome"
... a place that receives all

"Space" would have been a better translation than "Inn"

7 And she gave birth to her firstborn son and wrapped him in bands of cloth, and laid him in a manger, because there was no place for them in the inn.
Luke 2

inn translated from the Greek katalyma
... a place to stay, e.g.


Another use of katalyma by Luke

10 "Listen," he said to them, "when you have entered the city, a man carrying a jar of water will meet you; follow him into the house he enters 11 and say to the owner of the house, 'The teacher asks you, "Where is the guest room, where I may eat the Passover with my disciples?"' 12 He will show you a large room upstairs, already furnished. Make preparations for us there."
Luke 22

So much for the open shed a few hundred feet away from the No Vacancy sign at the Bethlehem Motel 6 ....

Arise, shine; for your light has come,
and the glory of the Lord has risen upon you.
2 For darkness shall cover the earth,
and thick darkness the peoples;
but the Lord will arise upon you,
and his glory will appear over you.
3 Nations shall come to your light,
and kings to the brightness of your dawn.
4 Lift up your eyes and look around;
they all gather together, they come to you;
your sons shall come from far away,
and your daughters shall be carried on their nurses' arms.
5 Then you shall see and be radiant;
your heart shall thrill and rejoice,
because the abundance of the sea shall be brought to you,
the wealth of the nations shall come to you.
6 A multitude of camels shall cover you,
the young camels of Midian and Ephah;
all those from Sheba shall come.
They shall bring gold and frankincense,
and shall proclaim the praise of the Lord.
7 All the flocks of Kedar shall be gathered to you,
the rams of Nebaioth shall minister to you;
they shall be acceptable on my altar,
and I will glorify my glorious house.
8 Who are these that fly like a cloud,
and like doves to their windows?
9 For the coastlands shall wait for me,
the ships of Tarshish first,
to bring your children from far away,
their silver and gold with them,
for the name of the Lord your God,
and for the Holy One of Israel,
because he has glorified you.
10 Foreigners shall build up your walls,
and their kings shall minister to you;
for in my wrath I struck you down,
but in my favor I have had mercy on you.
11 Your gates shall always be open;
day and night they shall not be shut,
so that nations shall bring you their wealth,
with their kings led in procession.
Isaiah 60


When Should We Pray?

10 Although Daniel knew that the document had been signed, he continued to go to his house, which had windows in its upper room open toward Jerusalem, and to get down on his knees three times a day to pray to his God and praise him, just as he had done previously.
Daniel 6

Jesus in the Gospels provides no requirement for how often to pray.

What Should We Pray?

Hear, O Israel: The Lord is our God, the Lord alone.
Deuteronomy 6:4

The eighteen Amidah (standing) prayers, or the Tefillah prayers (including the opening Deut 6:4) are in the Hebrew language.

Our Father who is in heaven,
let it be hallowed your name.
Matthew 6:9
Luke 11:2

We believe Jesus taught his disciples this prayer in the Aramaic language.

Abba was the Aramaic word for father ... still the first word that a child learns to speak in some Middle Eastern countries.

In the Midst of a Patriarchal Culture ...

Even though there is this father language, consider the other images which are elevated:

In the New Testament, the devil is always male ....