Value of our Faith from Empirical Studies

For the ears, you can listen to an audio recording of this presentation.
[high fidelity audio playable under all personal computer operating systems via VLC media player, Microsoft Windows Media Player with the Xiph.org codecs for FLAC et al, OS X QuickTime with the XiphQT plugin, etc., on many Android-based mobile devices, and on iOS-based mobile devices via apps such as FLAC Player or Golden Ear]

Can we learn anything about the value of our faith from empirical studies of religion and health?

What I will and will not discuss

Why are we even having this discussion?

Why are we even having this discussion? 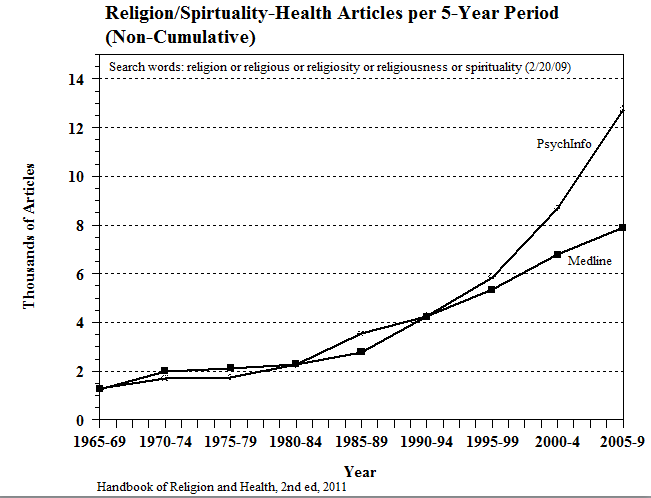 Why the Explosion of Empirical Studies of Religion/Spirituality and Health?

Rapprochement Begins to Replace Conflict but Scholarship was Not Empirical

Entering a Stage of Empirical Study

Why the Explosion of Empirical Studies of Religion/Spirituality and Health?

Probes: "How important to you is religion or spirituality?"; "How often, if at all, do you attend church, synagogue, or other religious or spiritual services (from never to once a week or more)?"; and "How would you describe your current religious belief? Is there a particular denomination or religious organization that you are a part of?"

Outcome: Major depression at 20 year follow-up. Offspring that reported at year 10 that R/S was highly important had about 1/4 the risk of experiencing depression between years 10 and 20. Religious attendance and denomination did not predict outcome

The probe "How important is R/S?" is a valuable one despite its apparent simplicity and subjectivity. Consider the powerful predictive value of someone's subjective rating of their health as a predictor of mortality even in highly controlled studies. This is the same probe as used by the Gallop Poll to determine the pulse of the nation (54% felt religion to be very important).

Many US studies, such as this one, are confined to Christian groups (and may be characterized as Catholic, mainline, and evangelical though these boundaries are increasingly blurred).

In studies of older adults, religious attendance is more important than salience. (Haywood)

Younger generations are characterized as less active in structured religious activities but nevertheless continuing to view their spirituality as important.

Smith and Snell characterized the R/S of many adolescents and young adults in the US today as "moral therapeutic deism". Moral - being oriented to being "good and nice", therapeutic as being primarily concerned with one's own happiness, and deism as a view of God as distant and not normally involved in one's life. (Smith and Snell, 2009). 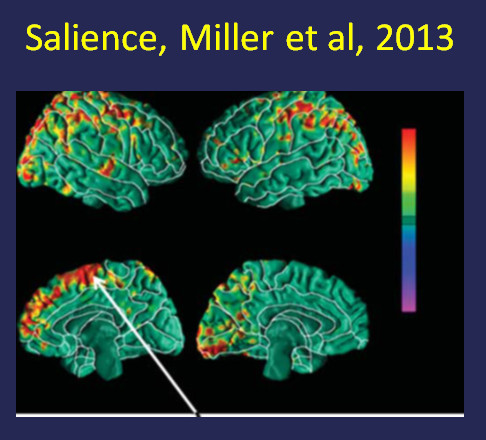 Patients in 6 US hospitals were randomly assigned to one of three groups:

Over 85% again were either Catholic or Protestant but some were Jewish or other. All agreed by informed consent.