A presentation by Rabbi Elana Friedman, Campus Rabbi for Jewish Life at Duke on January 31, 2016.

For the ears, you can listen to an audio recording of this presentation and conversation.
[high fidelity audio playable under all personal computer operating systems via VLC media player, Microsoft Windows Media Player with the Xiph.org codecs for FLAC et al, OS X QuickTime with the XiphQT plugin, etc., on many Android-based mobile devices, and on iOS-based mobile devices via apps such as FLAC Player or Golden Ear]

A Taste of the Talmud

Translation from Back to the Sources by Barry Holtz

"From what time [may people] recite the evening shema? From the hour that the priests come in to eat of their Heave-offering, until the end of the first watch; [these are] R. Eliezer's words, but the sages say, Until midnight. R. Gamaliel says, Until the first light of dawn ...."

"Where is the Tanna [scholar of the mishnaic times, the first and second centuries] standing that he teaches 'From when,' and further why is it that he starts with the evening? Let him start with the morning! The Tanna 'stands' on scripture, as it is written, 'When you lie down and when you rise up' (Deuteronomy 6.7), and he teaches thus: When is the time of the Shema-recitation of lying down? From the time that the priests come in to eat of their Heave-offering.

And if you like I can say he learns [this] from [the story of] the creation of the world, as it is written, 'And it was evening, and it was morning, one day' (Genesis 1.5)." 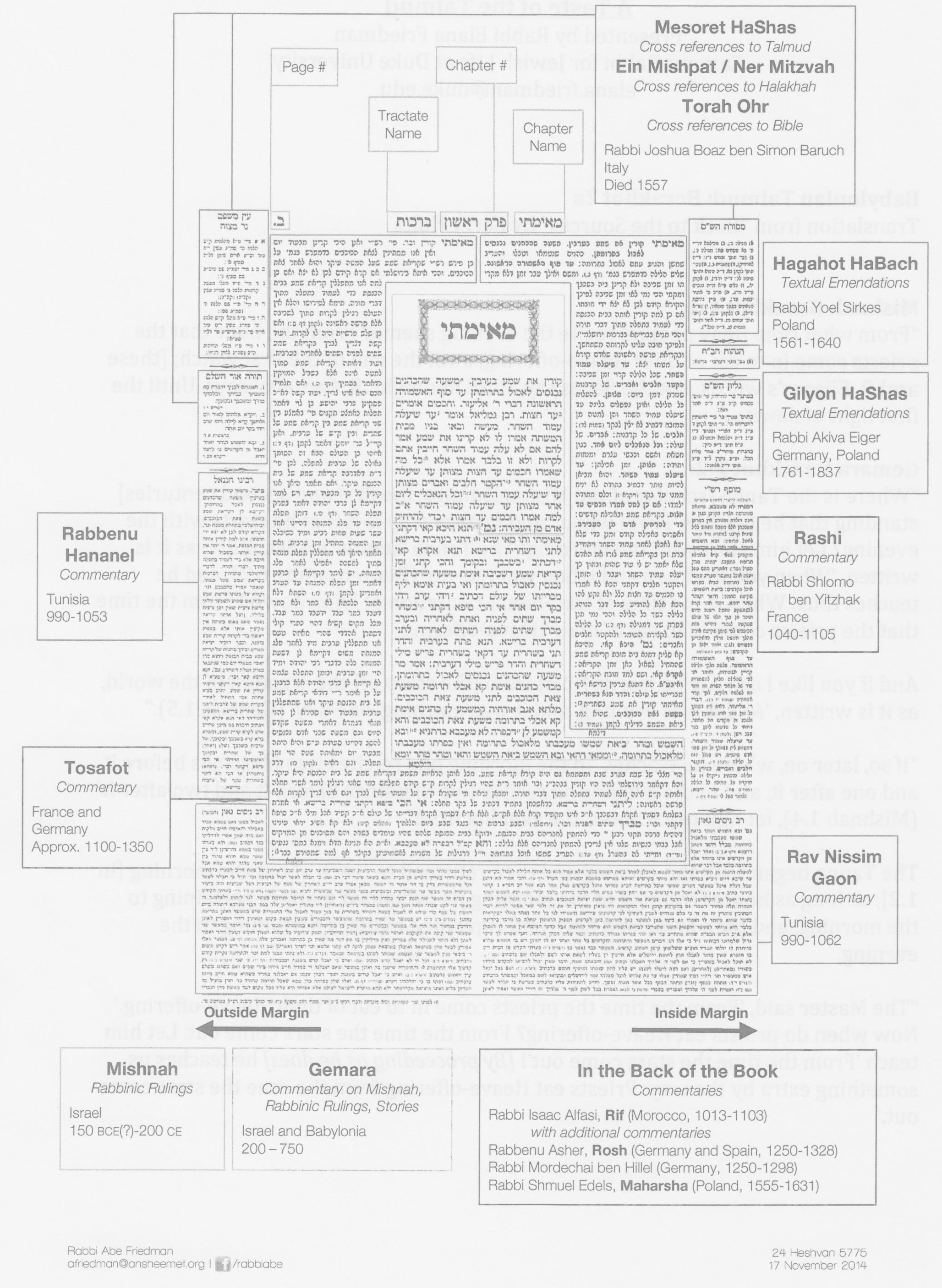 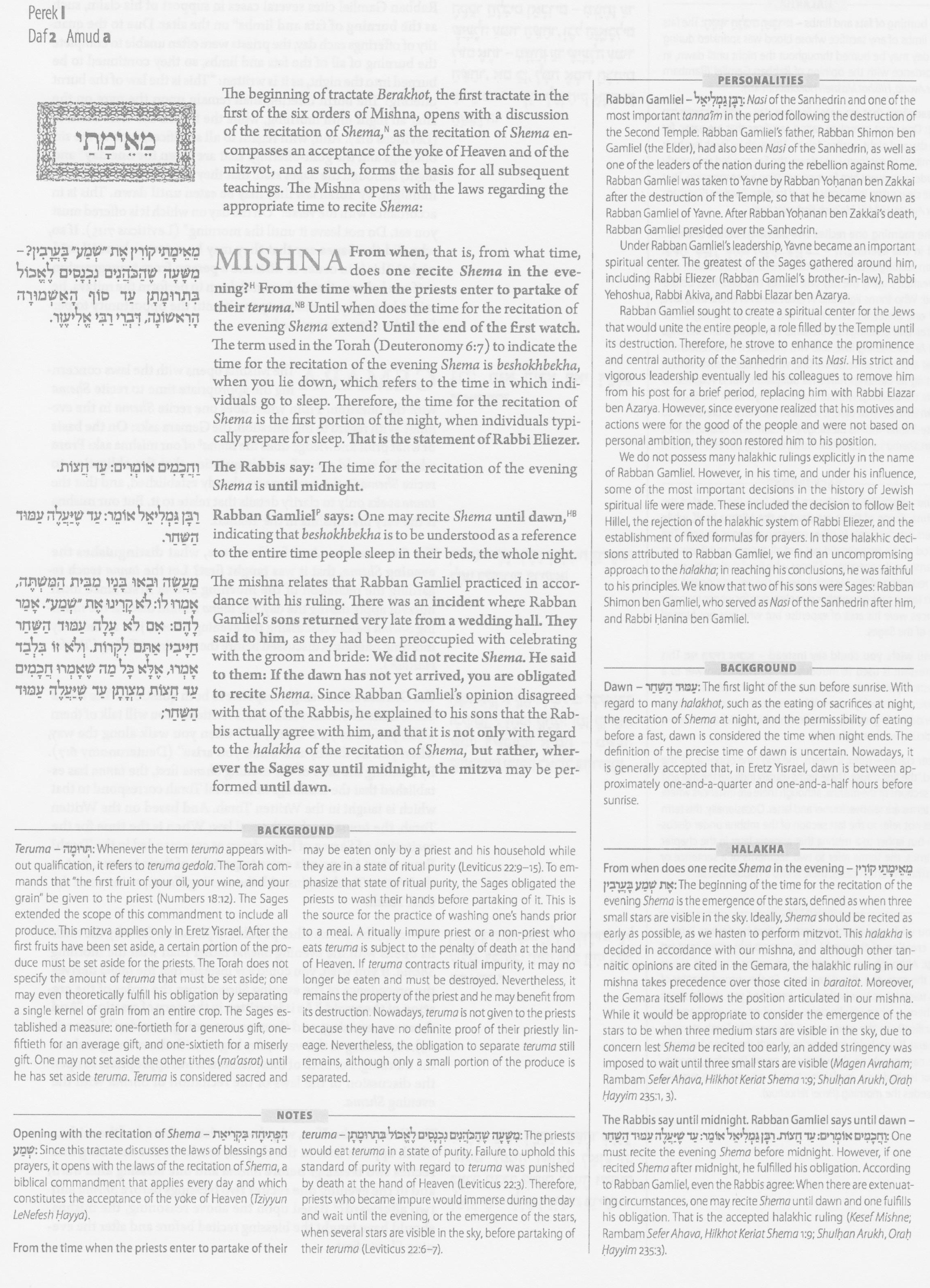 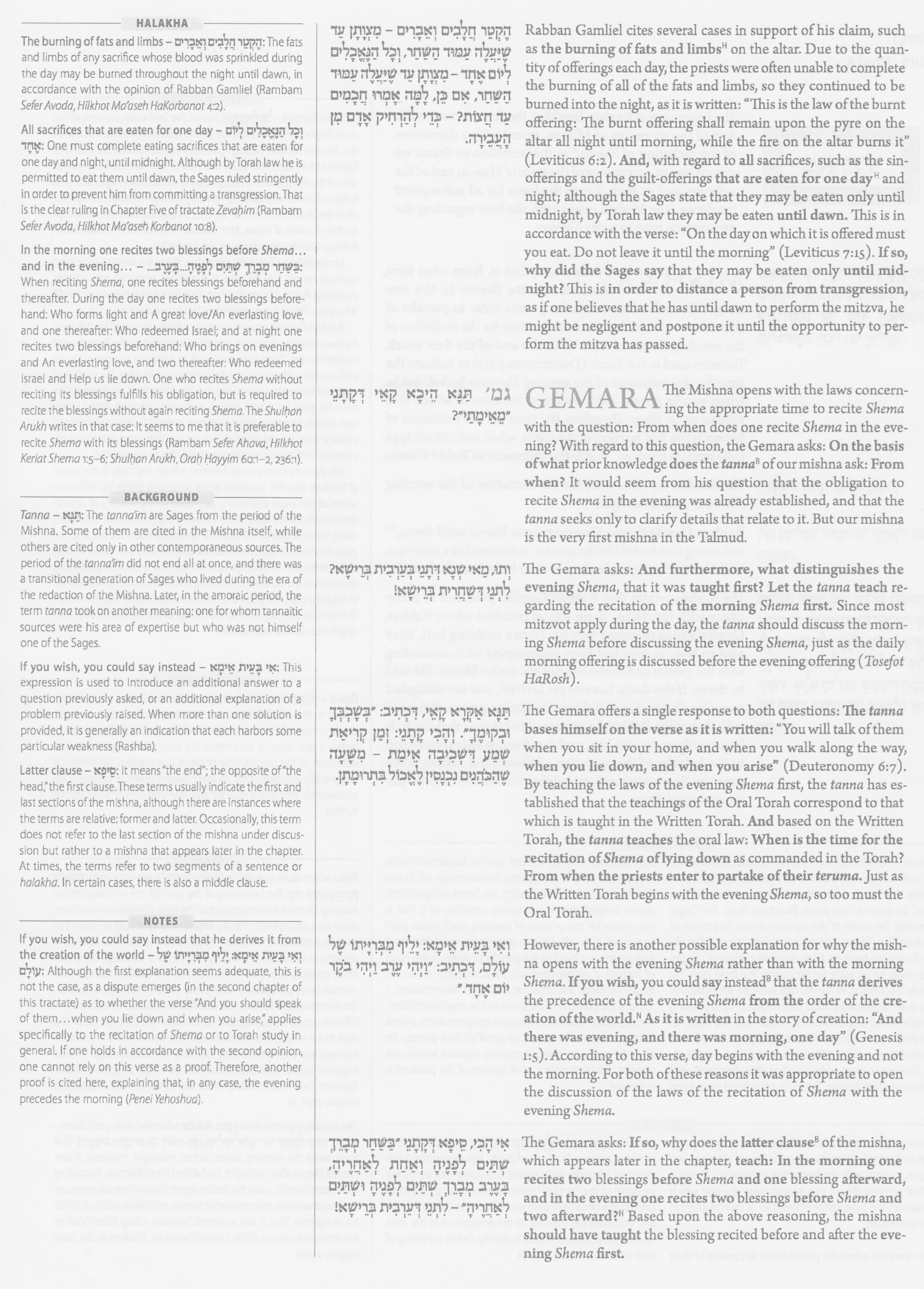 redact
1 To draw up or frame (a proclamation, for example). 2 To prepare for publication; edit or revise ... this word does have other usages than for the deletions by intelligence agencies ...


The Koren Talmud, which includes a contemporary English translation.